Seminar on Equality, Reality and Rights of Muslim Women

The Seminar was organized in partnership with Guild for Service, National Federation of Indian Women, Justice Sunanda Bhandare Foundation, Sur Nirman Education and Cultural Society. The seminar was also supported by Shri Harikrishan Singh Surjeet and Shri A.B Bardhan. The seminar comprised of three sessions; 1. Education and Health, 2. Property Rights and 3. Personal Laws. The audience included Muslim women from bastis who shared their experiences on each of the three issues debated during the day. Dr. Syeda Hameed said that during the last two years the five partner organizations have been holding legal literacy camps in the bastis in and around Delhi and arranging colloquium on various topics, the last one being on Women Purdah and Dress Code held in September 2001. The report of this was released later in the day by Justice Sachar. 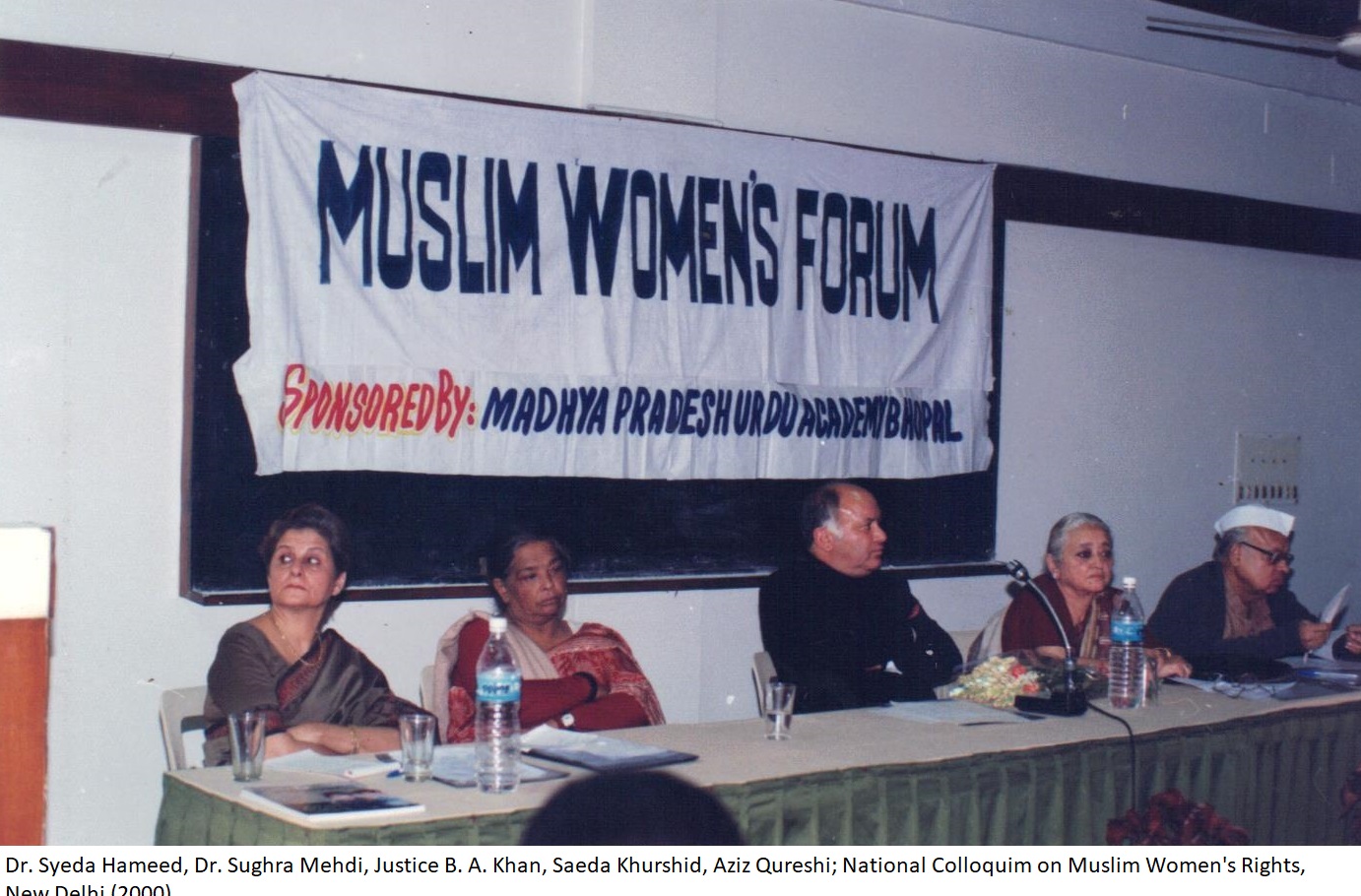 The first National Colloquium of Muslim Women’s Rights was held on 25th November 2000. Women and Men from Delhi and other states including, Assam, Karnataka, Andhra Pradesh, U.P., Rajasthan, Jammu and Kashmir participated. People traveled on their own expense from places as far as Karnataka and Andhra Pradesh. The delegates included journalists, community workers, lawyers, professors, literatteurs and political workers who all agreed that the time had come for the nation as a whole to wake up and find tangible and realistic solutions to the problems of Muslim women.

The report of the colloquium was presented to the states and central Government, the Muslim Community, Islamic Scholars, activists from the field and the larger civil society in the hope that all segments of society will participate in this effort. 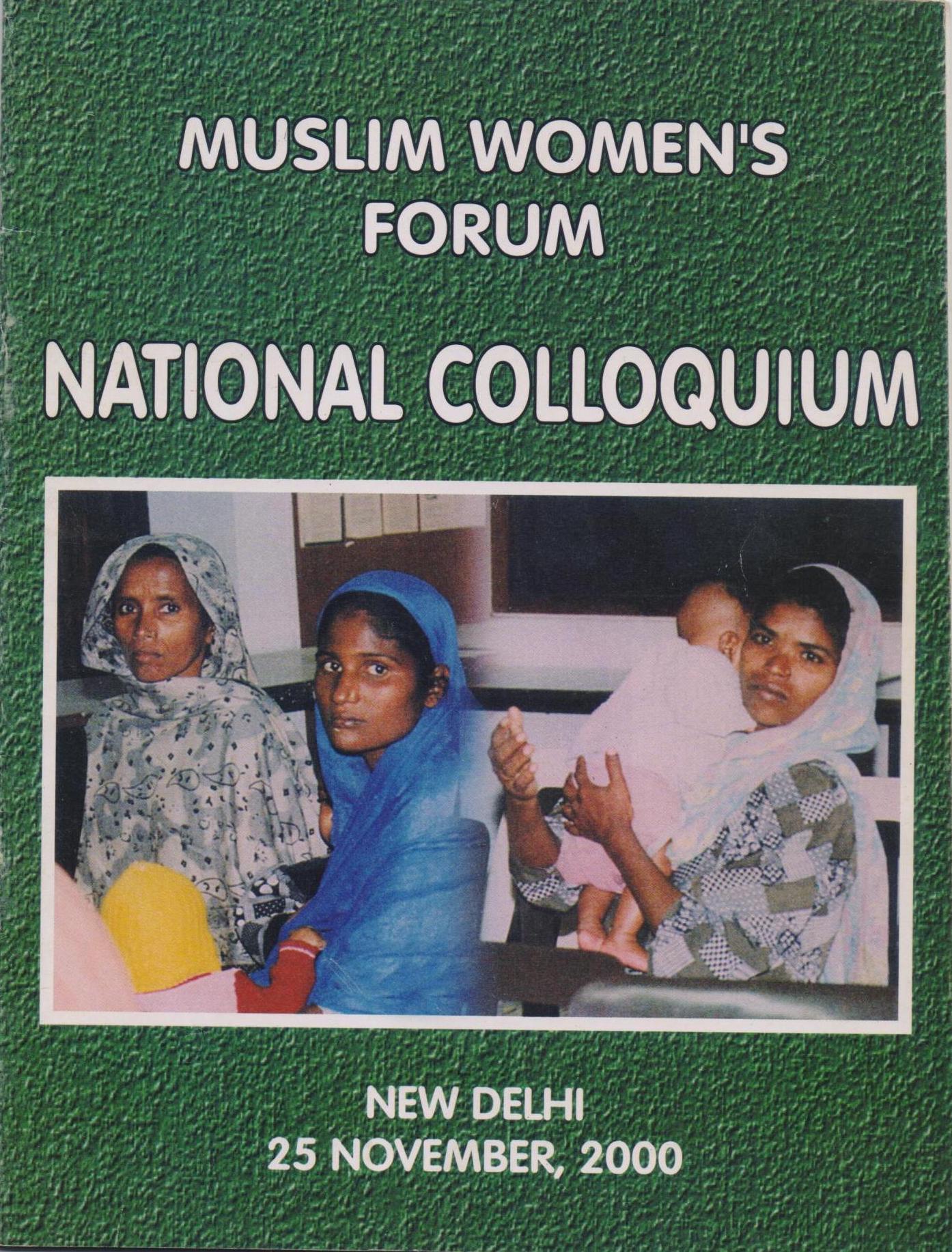 MWF in partnership with UN Women held a colloquium and exhibition titled- ‘Pathbreakers: The Twentieth Century Muslim Women of India’  to highlight the efforts of twentieth-century Muslim women who challenged the dominant image of oppressed Muslim women by being at the forefront of the nationalist and feminist struggles. The primary objective of this exhibition was to refute the stereotypes about Muslim

women as being silent, cloistered and acquiescent. The exhibition featured 21 Muslim women who believed in equal rights for women and propagated this belief through their work and their social engagement and became partners with men in building new India. The banner-photographs along with their short descriptions aimed at providing a glimpse into this era to inspire the new generation.

Alongside the exhibition, a Colloquium was held on May 28, 2018, to discuss the need to reclaim the lost narratives of Muslim women and take control of their representation.  Currently, the exhibition is being taken to other parts of the city, including Ahmedabad from 25 August to 25 September 2018 and will move to Hyderabad, Chennai and Mumbai. 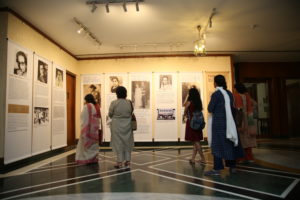 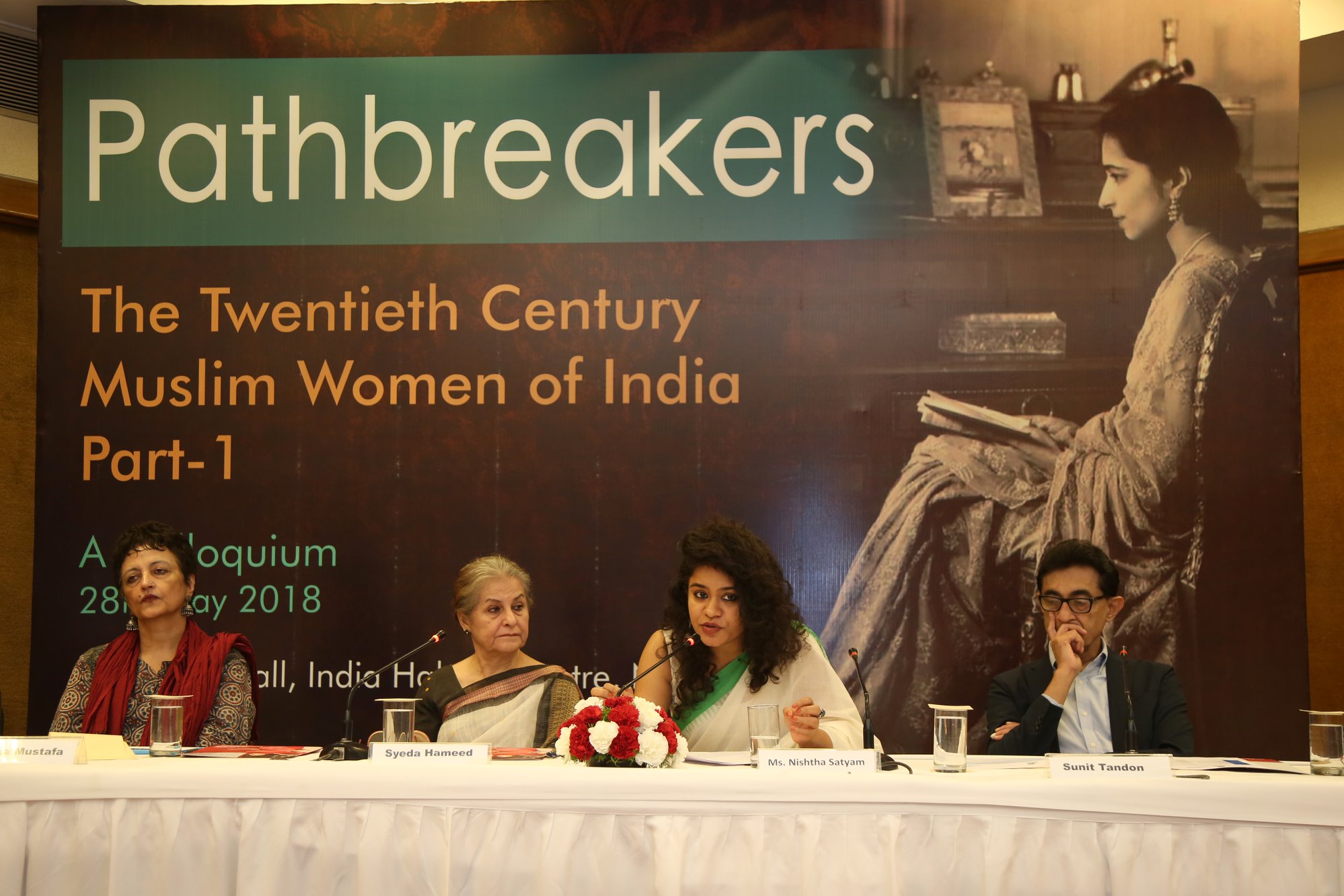