MWF collaborated with an Ahmedabad based NGO, Dalit Foundation, to undertake the ongoing project entitled ‘Leadership and Capacity Building for Muslim Women’. Through the project, MWF identified three Muslim girls from different parts of the country including Guwahati and Delhi who are already working on the ground with Muslim women. These selected Fellows are undergoing two-months intense training at Dalit Shakti Kendra, Ahmedabad. Once they finish the training, they will be representing Muslim Women’s Forum in their respective locations and hear out the marginalized women in their communities as well as build rapport them.

They have been given two months training at Dalit Shakti Kendra (DSK), Ahmedabad for building their capacities in the following areas:

DSK will also train these selected trainees for all-round personality development. Each one will select one vocational training course from the list of option provided such as videography, photography, beautician, tailoring, mobile repairing etc. This will provide them with a lifelong skill to ensure that they are economically stable and independent in life. Stipends of Rs. 7000/- per month will also be given to all the trainees.

The Fellows would during their learning period build /mobilize their constituencies which would be Muslim women, men and young people from other vulnerable groups, organize them on issues of entitlements, link them with livelihood training being offered by Dalit Foundation, and other intervention. Thus building a cadre of grassroots leaders who are not staff of organizations but have their own livelihood ensured and take leadership of their communities. Thus these 12 would be expected to build collectively a 100 local community leaders.

These fellows would take the discourse on issues of Muslim women and engage on a more rational discourse. They would also provide the reality check to MWF both with data and narratives so that MWF can voice their concerns at the National Level. The first batch of fellows 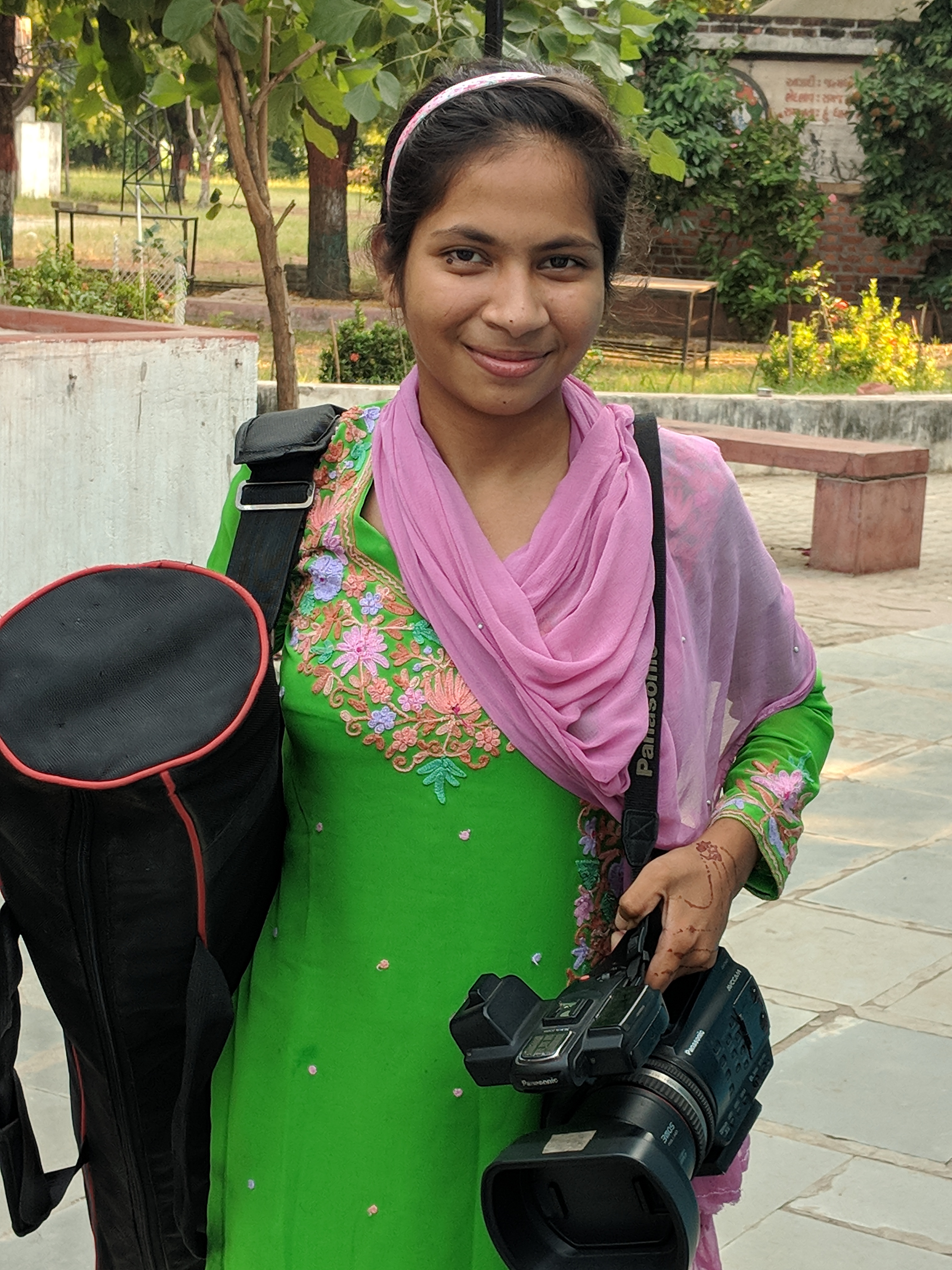 As a follow up of the visit of MWF when they met a large cross-section of the local populace (mostly women) and understanding the need of establishing some means of making the younger generation self-reliant with skills to enable them to earn a lilvelihood. MWF agreed to be the patron of the school and organised a grant for the school as well as organized a local woman who is adept at embroidery, cutting and stitching, mehndi application,  to impart these skills to batches of approximately 20 girls at a time within a time frame of 3 months. Within the grant provided, necessary sewing machines, embroidery machine and relevant equipment has been provided for Gaangan Daskari School. 32 girls completed the course and many of them started to get regular orders from the local traders soon after the completion of their course.

It was later reported that there are some students traveled by bus from villages about 10-15 kms. away from Nehtaur.

The main objectives of the project was the development of vocational and buisness skills among the marginalized Muslim women so that they are empowered enough to stand on their own feet.

A skit was performed by a group of graduate students from the Department of Sociology, Jamia Millia Islamia which highlighted on the contribution of women in the society. 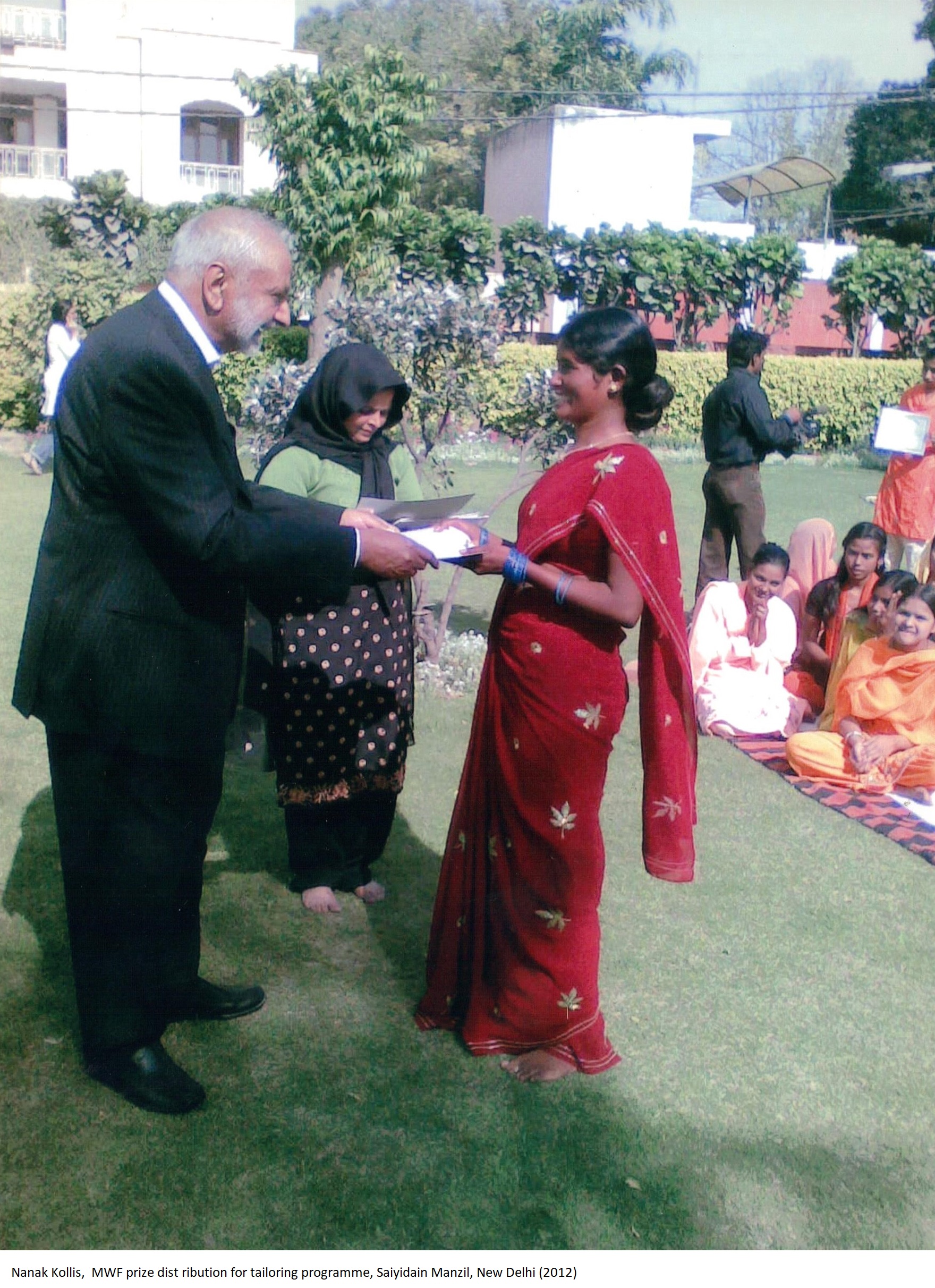